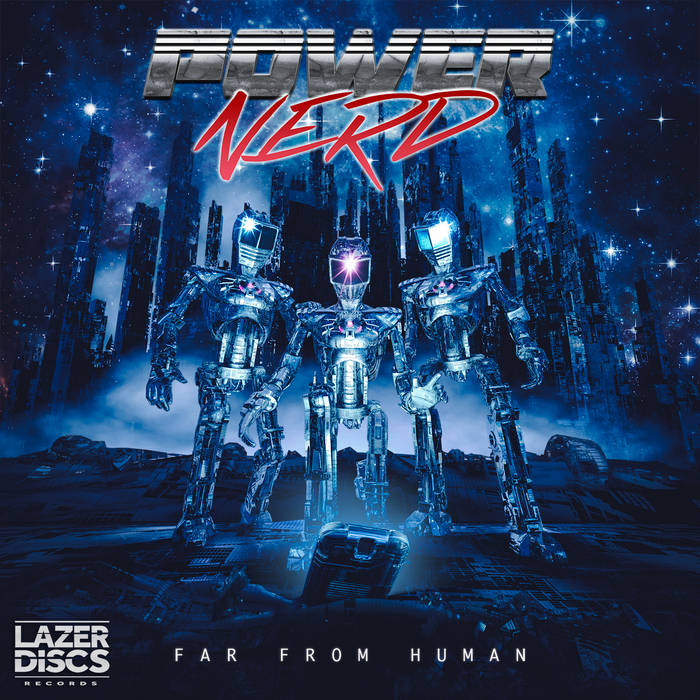 Cyber Djinn All of them are perfect, the rhythms and frenzied sound, the metal vocal 80's and the guitar accompaniment gives even more impact to the titles. How not to love? Favorite track: Time Traveller.

It’s the year 2049. Humanities frantic attempts to leave Earth amidst the decline of the planet and the people lead them to the discovery of ‘Superstes 1.’

The planet shows promise but is far too distant for us to reach within our lifetime. A group of robots are sent to terraform. Many years later, after numerous projects start and fail, two projects named C-SCNT-7, Government project performing mainly in secret, and TT-BEAM, run by independent scientists, rise from the ashes and work to find a way for humans to travel quickly and safely to join and assist the robots.

C-SCNT-7 focus on cloning and TT-BEAM focus on time dilation, or ‘catapulting’ an individual in moments to a distant destination. The latter’s project is pulled, after a few years of testing, for unknown reasons.

Under heavy scrutiny, C-SCNT-7 is blamed for wasting huge amounts of resource on a project that people still know very little about. So, in 2259, a group of scientists, under the stewardship of the brilliant Victor Carter, discover after extensive research backed by the public, that TT-BEAM was the best option after-all.

TT-BEAM 2 is born. C-SNT-7 remains, due to investors and supporters, and steps up its claim as the only project of choice through a flood of propaganda.

In 2265 the TT-BEAM 2 project makes a huge breakthrough in research and during celebrations, Victor Carter meets Tracey Cullen. A whirlwind romance ensues and Tracey pledges to help Victor see out the project by stepping out on ‘Superstes 1’, together.

However, Tracey is abducted by the C-SNT-7 team and soon reported dead. Suggestions circle that she was used as part of the cloning project. Victor is heartbroken and vows, to himself, to bring Tracey back to life and end the C-SNT-7 project.

Victor decides he must test the TT-BEAM on himself and, upon setting the code, inadvertently sets the machine to travel backwards and not forwards, to the destination of ‘Superstes 1’. Whilst this blesses him with Tracey being alive once more, it curses humanity... it opens a gate for the long-gone ‘Restoration Protocol Units’ (RPUs) to pass through to Earth. And they do.

Without a moments notice they begin restoration work, creating an environment suitable for all lifeforms to live in. To do this they overthrow all governments, taking control of every aspect of control for humanity. A couple of years go by and Victor, Tracey, and the rest of the humans live in relative happiness alongside the robots. But the constant restrictions by this harmless dictatorship, albeit for preserving life, builds tension and, inevitably, causes mass riots. Chaos ensues.

After war upon war with the machines, humanity falls into the pit of total extinction.

Centuries later, in the year 2652, offspring of the original robots that had remained on ‘Suspertes 1’ and not followed their kin to Earth, embark on a journey of discovery. They head for Earth to find out what happened to their ‘mothers and fathers’ and why they never made their way back to their world.

After a widespread search through the world-wide battlefield, they find ‘Victor Carter’s Diary’, a preserved tablet device incased in titanium alloy. Page after page of insight and information is taken back to ‘Superstes 1’. Now, they will know the fate of their comrades and the fate of a world that wasn’t ready for a force greater than itself.