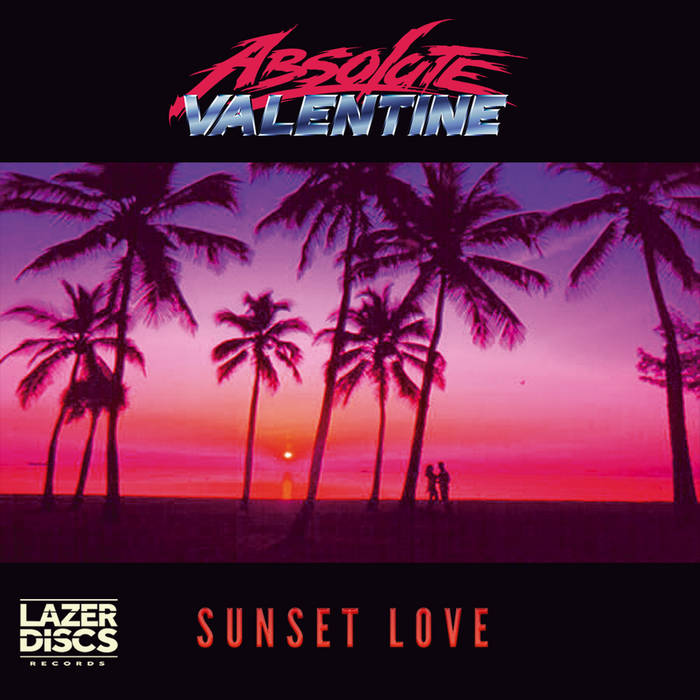 TeCHno PoPper The perfect album to watching a sunset in the summer. Favorite track: One Night In Miami 1986.

Alfamale love this album. Favorite track: She is a Dancer.
more...

Lost In The Tunes

One night in 1986 a boy discovered music.
This boy went on to become a man.
This man was then hit by a catastrophic synth-wave, whilst rollerblading the coast of Miami. From the fallout, this man awoke to find a truckers cap, a red marker pen, a leather waist coat, and ripped jeans next to his battered body.
The ladies of Miami formed a perimeter around this man and, as fate has it, it was valentine’s day. One woman shouted: ‘You’re my Absolute favourite man!’
Another shouted: ‘Be my Valentine!’
This reborn man looked out towards the sea. He was then dubbed by an unknown force: ‘Absolute Valentine’.
Finding his feet, he decided to gorge on horror movies. When this period ended, he decided the only way to announce himself was to give America nightmares. A chainsaw massacre ensued.
Then, AV took temporal leave on the account of there being no more precincts to conquer. The evening he chose, under swaying palm tree’s and a sunset-backdrop to die for, was one of wonderment. He was instantly flooded with a feeling unbeknown to his hell-bound heart. It was love.
His heart waxed with pure joy, and the end product was ‘Sunset Love’.
Since then, he became a cult-cop, enforcing the law with hard fists and hard sex. This time of content abruptly ended when the love he had for one, yes one, woman was stripped from him. Like meat off bone.
A whole lot of vengeance-stuff has happened since then, but this is another story...
Please, come join us in enjoying AV’s voyage past virginity and into vitality. Love was once his power, now you can grab these dying embers of love on CD...